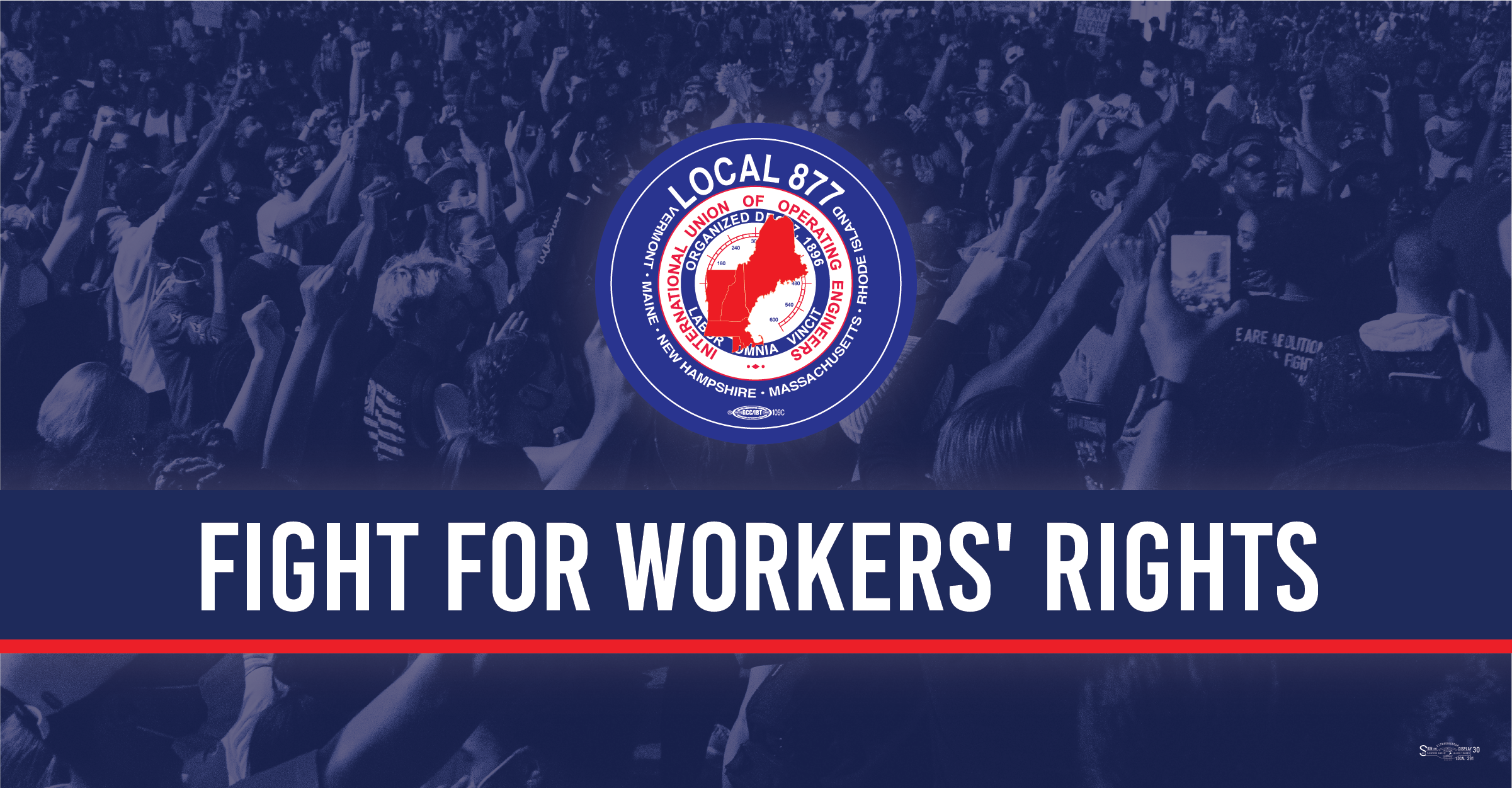 Without unions, we would not have a minimum wage, paid time off, or a 40-hour workweek. Union organization and political involvement have been the key factor in winning vital protections for workers. Today, we see more and more workers coming together to unionize and use their collective bargaining power to secure family-sustaining benefits.

Every year on May 1 we observe International Workers’ Day, often referred to as May Day. On May 1, 1886, workers and labor leaders at the McCormick Harvesting Machine Company gathered in Haymarket Square to peacefully demonstrate for an 8-hour workday. Despite the Mayor of Chicago declaring the demonstration peaceful, police demanded that the crowd disperse. A bomb was thrown from an unknown source which caused police to fire into the crowd at random. This resulted in casualties and injuries to both police officers and civilians.

IUOE Local 877 understands the importance of peaceful demonstrations to amplify the voice of workers everywhere. Today, we see so many great examples of union organizing from various different trades. Workers are coming together to demand fair treatment from their employers. We are happy to see their continued success in fighting illegal union-busting tactics and rallying the support of their fellow workers.

Starbucks workers are a great example of how successful peaceful protest and organization can be. They have unionized several locations across the country and are continuing to successfully win more and more union votes.