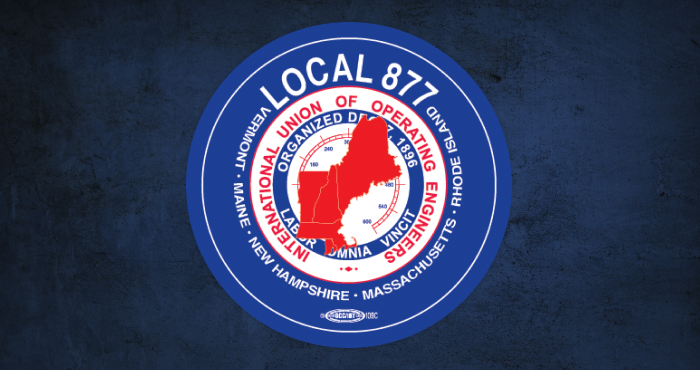 Pursuant to Article III, Sections 3 and 5, of the IUOE Constitution, Local 877 is entitled to send 4 Delegates and 1 Alternate Delegate to the General Convention. Per Local 877’s By-Laws, the Business Manager, President, Recording-Corresponding Secretary shall be delegates by virtue of their election to their offices. Nominations for the remaining 2 delegates and 1 alternate delegate will take place at the membership meeting in January 2023. With the exception of those nominated without opposition, Delegates and Alternate Delegate will be elected by secret ballot at the membership meeting in February 2023.

Only members in good standing at the time of the nomination may be nominated for Delegate or Alternate Delegate. Any member who has not paid his/her dues and assessments within thirty (30) days after they become due will not be considered to have been in good standing. Since the nomination meetings will be held in January 2023, a candidate must have paid all monies that come due on December 1, 2022 no later than January 1, 2023 (the end of the thirty-day grace period). However, no member whose dues have been withheld by the member’s employer pursuant to a dues check-off provision at the time of nominations will be denied, by virtue of the non-payment of dues, the right to be nominated, to vote in the election, or to nominate or second a candidate.

Additionally, to be eligible, Article XXIV, Subdivision 1, Section (b) of the IUOE Constitution requires a candidate to have been continuously employed at the trade, or actively sought continuous employment at the trade, for the one-year period immediately preceding the month of nominations.

Conduct of Nominations
The Local Union President will preside over the Meeting, nominations which will be conducted from the floor. A nomination must be seconded to be valid.