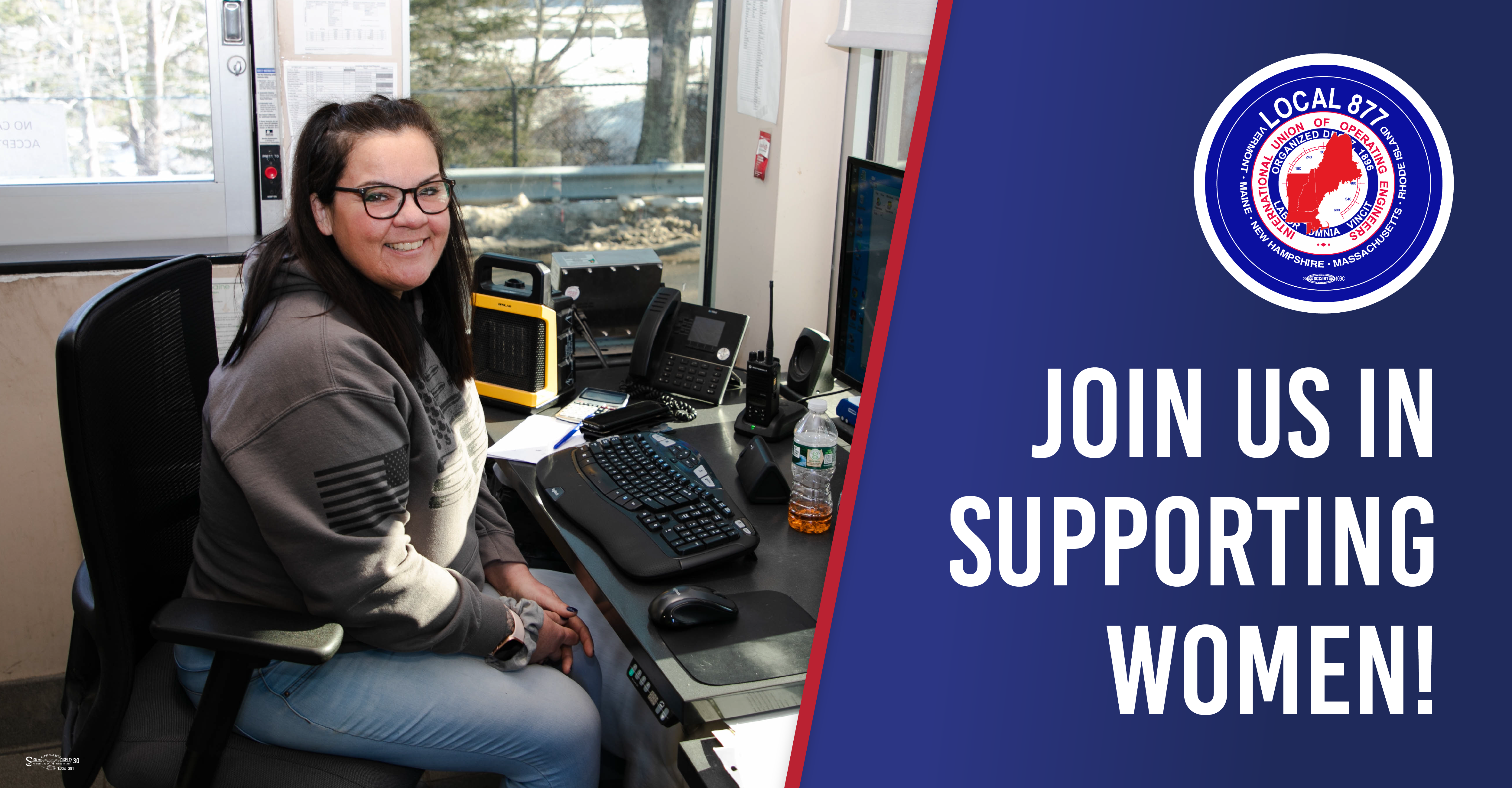 This month, join IUOE Local 877 in celebrating Women’s History Month. We are dedicated to supporting the inclusion of women in unions year-round, but this month calls for extra emphasis. We believe that representation matters, and it is vital for young people to see women succeeding within our trade and benefiting from the family-sustaining wages and benefits union membership provides. We are proud to be an equal opportunity union and thank our members for sharing these values.

To celebrate this March, we would like to draw attention to Frances Perkins, the first woman to serve in a Presidential cabinet and the mind behind America’s New Deal. A Massachusetts native, Perkins stacked her resume rallying for women’s suffrage in the early 1900s, receiving a Master’s Degree from Columbia University, and later being elected the first woman Secretary of Labor in 1933 by Franklin D. Roosevelt.

Frances was a fearsome advocate for workers’ rights and safety. Her voice in government was vital in bringing forth the New Deal, a series of programs to aid America in getting back to work and out of the Great Depression. In her 12-year tenure as Secretary of Labor, Perkins helped establish many of the workplace rights we enjoy today, including maximum hours and minimum wages, unemployment compensation, child labor restrictions, Social Security, workers’ right to organize, and more.

Today, women make up a large and growing proportion of labor union members. Though belonging to a union raises wages for all workers, women in particular benefit from being in a union, earning approximately 30.9% more per week than women not covered by union contracts. Women in unions are also significantly more likely to participate in a pension plan and other benefits than non-union women.

We all benefit from women’s history, and we look forward to the future of labor together. Happy Women’s History Month!